Eventgames specialize in creating local multiplayer experiences designed for the public space such as movie theaters. Read more about their work at eventgames.dk

As an intern at Eventgames I helped with the improvement of the audio for their games by doing:

Here you can listen to the music I wrote for their games and read about some of the thoughts that went into the writing proces. 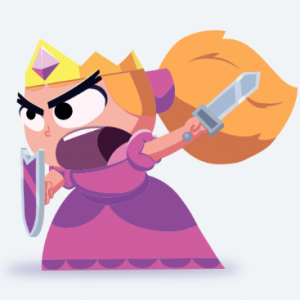 In this game the players control brave warrior princesses as they traverse the perilous path to the top of the castle to slap the dragon and save the prince. How many princes can your princess save?

My angle for making the music for this game was to use orchestral instrumentation to create the feeling of adventure in a fantasy realm resembling medieval scotland – bringing forth the warlike tension with heavy drums and highland bagpipes – while maintaining humor and lightness with the merry rhythm of the flute and violin.

In this game the players control squishy balloon birds jumping to ascend the tree to collect shiny jewelry at the top. The bird with the most bling is the blingking!

Composing for this game was about creating a cozy, easy-going vibe with a hint of sillyness, meant to enhance the adorable clumsiness of the squeaky birds. Here I went for an acoustic soundtrack – recording whistle and ukulele to set a cheerful mood for the gameplay. 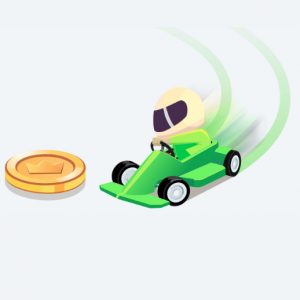 In this bumper car derby the players drive around competing for gold by collecting coins and crashing into other players to steal their hard-earned gold!

Inspired by the visual style of the game – where neon trails follow the formula cars – I tried to make musical associations to the 80’s by relying on a synthwave style with drum-sound-clichés such as old school synth-toms and heavy reverb on the snare.

The rawness of electric guitars was thought to make the music better fit the rough and reckless nature of the bumper car gameplay.